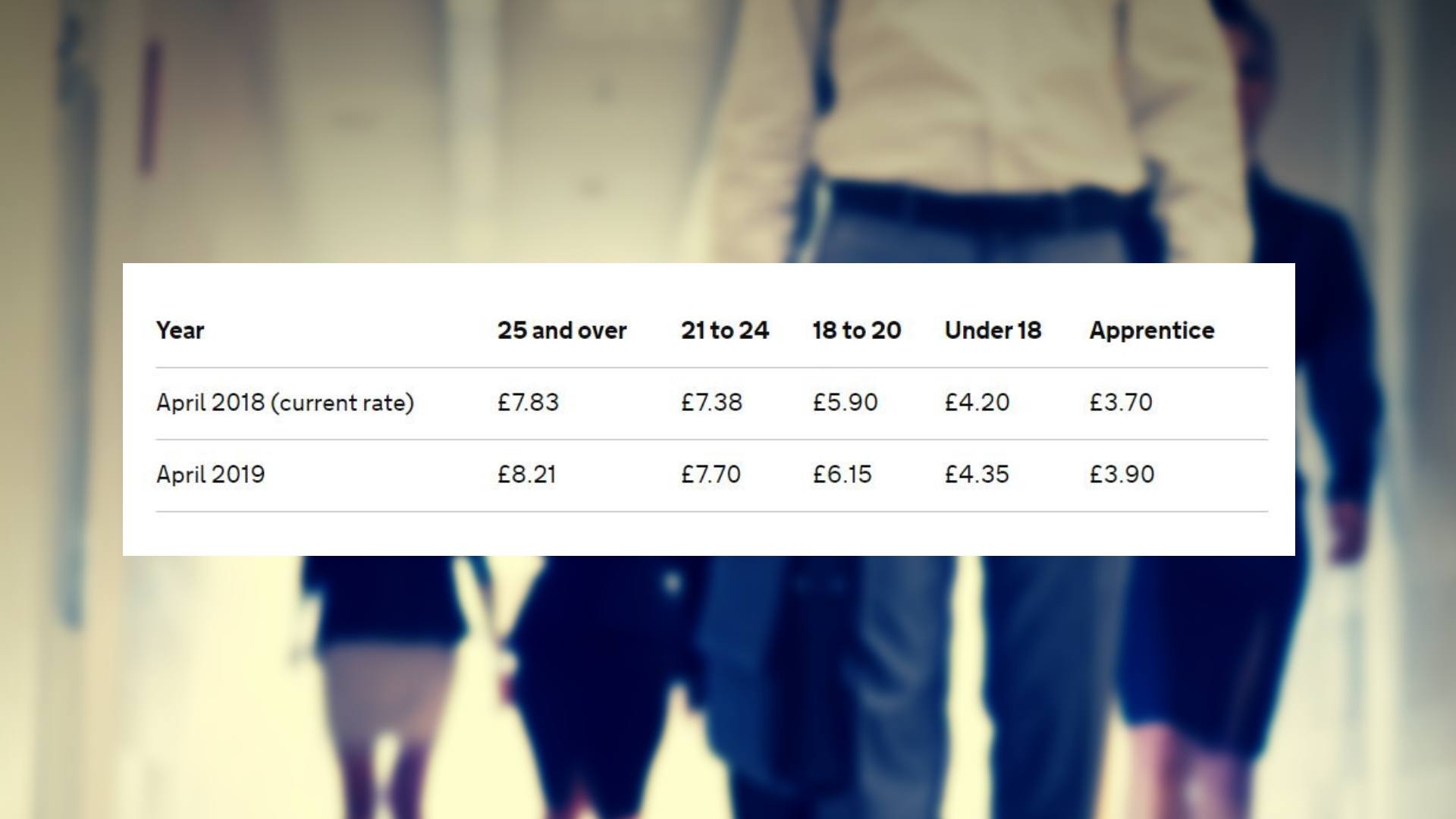 The National Minimum Wage (NMW) is the minimum pay per hour workers of school leaving age but under 25 are entitled to by law. It is regulated by the Low Pay Commission and reviewed each year by the government. The National Living Wage (NLW) in simple terms is the new minimum wage rate for those aged 25 and over. It is basically a rebranding of the NMW.

It is increased each year in April as part of the Budget process. The rate will depend on a worker’s age and if they are an apprentice.

Some groups of workers are not entitled to the NMW or the NLW these include company directors, volunteers and members of the armed forces together with self-employed individuals. HM Revenue & Customs (HMRC) can take employers to court for not paying the NMW or NLW.

Top tip
If you are an employer it is vital that you comply with your obligations under the National Minimum Wage Act 1998. Your payroll personnel will need to be aware of the increase in April 2019. If you wish to discuss the operation of your payroll, please contact us.
Related posts
COVID-19 update – Bounce Back Loan Scheme | Coronavirus SSP Rebate Scheme | Holiday Entitlement & Pay
May 20, 2020
Updates on the Self Employed Income Support Scheme & Coronavirus Job Retention Scheme
May 13, 2020
100% Government backed loans up to £50k for small and medium sized businesses
April 29, 2020
Pay Less Tax Newsletter – 2020 Winter
February 11, 2020
Pay Less Tax Newsletter – Year End Special
December 6, 2019
Join us at The 2019 Midlands Better Business Expo
October 23, 2019
Search
Client Testimonials
Meet our team