You are here:
May 1, 2015Business advice, TaxBy danielwilson 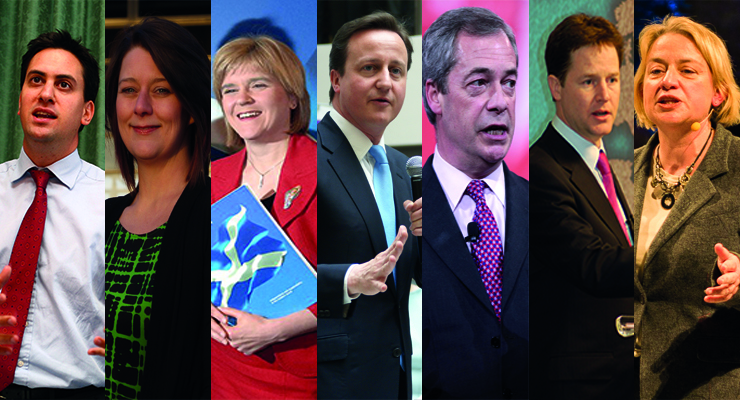 With the General Election taking place next week (Thursday 7th May) we have taken a look at where each political party stands on taxation and how their changes could impact you.

It’s been well reported in the press that George Osborne has hinted that a future Conservative government would lift the rate at which 40p higher rate tax is paid to £50,000, alongside the basic personal allowance being raised to £12,500. This change would mean that the majority of workers on minimum wage would pay no income tax. The party are also strong believers that inheritance tax should not be paid on estates worth less than £1 million.

One of the most interesting points coming from the Conservatives’ action plan is that of paying off the deficit. They plan on paying it off sooner than other parties, and without raising taxes, which they hope will spare the electorate economic turmoil and inevitable future tax increase down the line. To do this, they will have to cut back on public spending which means, almost certainly, some benefits will be cut.

Labour plans to introduce a new tax on homes worth more than £2 million, a plan which has been attacked by wealthy critics. The party has also pledged to bring back the 50p top rate of income tax for people earning more than £150,000 while reintroducing the 10p lower starting rate tax which was scrapped by the last Labour government. This move would be paid for by replacing the Married Couples Allowance, currently worth around £200 for four million people.

However, and quite importantly for many business owners, the party has refused to rule out an increase in Corporation Tax, leading to critics speculating it could rise by as much as 6%!

Ed Miliband has also announced that Labour would scrap the non-dom tax status currently enjoyed by British citizens who do not pay tax on earnings made outside the UK. Many wealthy Britons with interests overseas take advantage of this legal means of reducing their tax bill, but Labour have said this is wrong and have stated that anybody calling the UK their home should pay the full British tax on all their income.

The Liberal Democrats are committed to increasing the personal allowance threshold still further (claiming that the Conservatives have stolen their thunder by claiming credit for the previous increase) to £12,500. They have also pledged to make this move within a year of coming to power and will also look at introducing a mansion tax.  However, this would involve the introduction of council tax bands, meaning the larger the property the more you pay.

The Liberal Democrats are also looking to claw back £6 billion from tax evaders, whilst raising a further £6 billion in tax rises, from the mansion tax through to fresh banking taxes.

UKIP says that it believes passionately in lower taxes, and that those working for the minimum wage would be spared tax altogether. Inheritance tax would be abolished, with claims from Ukip that the super-rich dodge it anyway, and those who do get taxed are caught at a time of grief.

The party have also announced plans to cut income tax from 40p to 35p for people earning £55,000, and raise the personal allowance threshold to £13,500. All this will be paid for by cutting the foreign aid budget and leaving the EU.

The Green Party want to introduce a ‘wealth tax’ of 2 per cent on those with assets of more than £3 million, whilst also applying Inheritance tax on gifts given whilst the individual is still alive, with the exemption for wedding presents.

They are proposing to replace VAT with green taxes, which would increase levies on products considered non-environmentally friendly, such as cars, wood, metals and minerals. The Green Party also want to raise the free movement of trade within the EU, with higher taxes on imports in a bid to reduce the environmental cost of transporting goods from overseas. They are also proposing to hike the taxes on alcohol and tobacco.

A new property tax, known as the ‘Land and Buildings Transaction Tax’ has replaced Stamp Duty in Scotland, which sees buyers pay 10% of the purchase price above £325,000 and 12% above £750,000. It is predicted that the SNP will use a swathe of new tax powers to target high earners, whilst also supporting the 50p top rate of income tax. The SNP have also insisted that they are investigating ways to replace the council tax with a new type of levy.